White metals are currently a fashionable and popular choice, particularly for the engagement and wedding rings I design and make.  They all can be used to create beautiful jewellery, but each has distinct characteristics.

Platinum is very rare and is often know as the rich man’s gold. In fact, it is so rare that all of the platinum ever mined could fit inside the average home (25ft cubed) – astonishing! This luxurious metal is naturally white and was first discovered in South America by Spanish settlers who named it Plata, meaning silver. It has been widely used for setting diamonds since the 1870’s, up until this point it was seldom used for jewellery due to its’ rarity and the very high temperature required to melt it, 3,215 °F (1,768.4 °C). 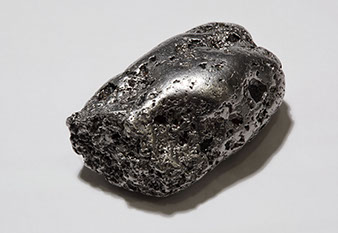 A six-inch cube of Platinum weighs the same as an average man!

Deposits containing Platinum ores are scarce and the mining and processing of Platinum is complex and labour intensive and takes up to 6 months to complete, 7 to 12 tonnes of ore are needed to produce one ounce of pure Platinum!

Platinum is very heavy, 30% heavier than 18ct Gold and 50% more than palladium -  a six-inch cube of Platinum weighs the same as an average man! I use a platinum alloy made from 95% Platinum  and 5% Cobalt and as it’s 95% pure, it never tarnishes and its’ colour stays true.

Making jewellery from Platinum takes experience and skill as it’s less malleable than other precious metals. This extra strength makes it fantastic for mounting gemstones in very fine settings, keeping stones secure, and many of the world's most famous diamonds, including the Hope, Jonker I and Koh-I-Noor, are all secured with Platinum.

White gold was developed as a more abundant and affordable alternative for rare platinum. It is an alloy with 75% pure gold mixed with other metals. The alloys were first developed at the beginning of the 20th century with German chemist Karl Richter patenting an amalgam of gold, nickel, and palladium in 1915.

The colour of white gold alloys varies, so it is often plated with a very thin layer of Rhodium, a white metal in the Platinum family. This gives the jewellery a bright finish, however the Rhodium plating can wear and white gold jewellery needs to be re-plated to keep it looking its’ best. White gold is the strongest of all the colored golds & is often used for claw settings that can enhance the

Palladium is a metal from the same group as platinum, discovered in 1803 by William Hyde Wollaston, it was named after the asteroid Pallas, which had been discovered two months earlier. 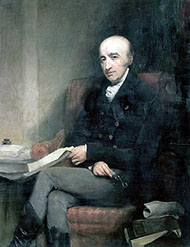 William Hyde Wollaston, By John JacksonThis naturally white metal is found in South Africa, Canada, USA & Siberia in Russia and over half of the supply of Palladium is used in making catalytic converters!

It has been used as a precious metal in jewellery since the 1930’s, it is soft and ductile when annealed but it’s strength and hardness increases greatly when it is cold-worked. It’s light, in fact the same as 9ct Gold, which makes it extremely wearable, particularly for earrings.

Palladium is an almost pure metal and I use an alloy of Palladium 95%, Silver 2% and Gallium 3%. As with Platinum this makes it excellent for people with sensitive skin as it’s hypoallergenic.

This relatively new metal is becoming increasingly popular for its natural and neutral colour, and this has increased further since assay offices in the UK introduced Palladium hallmarks in 2010. 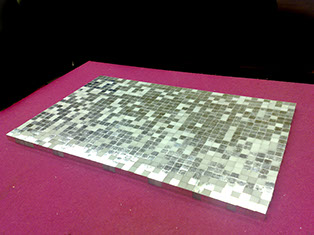