A pearl of Wisdom...

I’m passionate about pearls, they are truly special and unlike all other gems they require no further cutting or polishing – they are perfect in their natural state. But, where do pearls come from? Most of the time I ask this question the answer starts ‘a grain of sand gets trapped in Oyster...’ or ‘tears of gods’ from those more mythical. In truth, the reality is far more Attenborough’esque – parasites!

Natural pearls form when a parasite burrows into an oyster or mussel. To make itself more comfortable, the mollusc coats the parasite with layers of the same shiny material that covers the inside of its shell. This is ‘nacre’, produced in the mollusc’s mantle tissue. When the mantle deposits enough layers of nacre around the parasite a little clump forms – a pearl is created. Any mollusc can produce a pearl creating the range of colours, shapes and sizes we see today. From Tahitian Pearls formed by Black-lipped Oysters, to South Sea Pearls produced by Golden lipped Oysters. 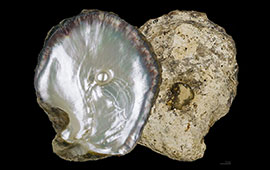 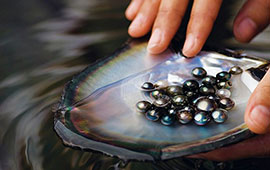 Pearls have been special to many cultures for thousands of years. In the countries they originate, myths and legends abound about their ‘birth’. The oldest reference to pearls dates from 2206 BC in the Confucian history work Shu King. The Mahabharata, the Old Testament, Talmud and the Quran all reference this jewel from the water as a symbol of beauty and perfect purity.

Alexandria fell to Roman armies in 30BC. During their rule, they captured some of the finest pearl treasures, and when Augustus claimed the red sea pearl beds a Roman obsession with pearls began. The Roman’s lavished pearl decoration on the interior of the temple of Venus. The finest pearls were named Unio, the unique, as no one pearl is like another. Pearls were considered a mark of status and it was decreed by Ceasar that only patrician woman could wear pearls - such was the mania that wealthy roman woman even wore their pearls at night, so that they would be with them in their dreams!

From the Roman’s to the Elizabeth’s 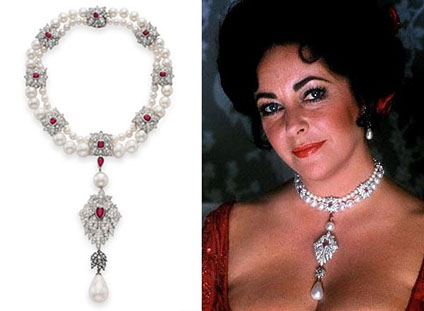 Queen Elizabeth I of England is widely regarded as history’s greatest and most passionate pearl collector. She always wore at least 7 ropes of pearls, some reaching as far as her knees!  Elizabeth owned more than 3000 pearl embroidered dresses and had at least 80 wigs set with pearls, and of course her lapdog wore a pearl collar.

Another famous Elizabeth and her lapdog were part of the story of one of the world’s most famous pearls, La Peregrina, The Pilgrim or The Wanderer. First owned by Philippe II of Spain, this South American saltwater pearl was shaped like a drop and weighed 223.8 grains (55.95 carats). Legend has it that it was found by a slave in the Gulf of Panama, who was rewarded with his freedom for its discovery. After centuries journeying through the ruling houses of Europe, it was purchased in 1969 by Richard Burton as a present for Elizabeth Taylor (who else!) The pearl went missing and it was discovered that her dog had swallowed the famous gem – reports differ as to the exact route of this particular adventure!

Historically much of the value of pearls was determined by the difficulty of collecting these treasures from the sea. This changed with the introduction of cultured pearls, where shape, colour, lustre and size determine their value. Cultured pearls differ from natural pearls only in that the irritant around which a pearl is formed is deliberately inserted. A tiny piece of mantle tissue from a donor mollusc is placed onto a shell bead. Next, the new pearl nucleus is gently inserted into the host oyster/mussel, which is then returned to water to grow for a few years. The size and shape of the nucleus determines the size and shape of the pearl grown. 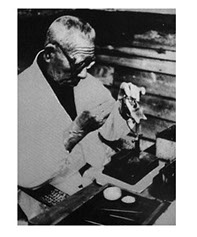 Kokichi Mikimoto was one of these men, and by purchasing the rights to methods developed by others, he secured his place in history as the father of the cultured pearl industry. In 1888 he began work on his own pearl oyster farms at Ojima Island but early efforts were scuppered by violent storms and oyster-eating octopi. In 1892 a ‘red tide’ of toxic plankton destroyed thousands of his oysters and years of hard work, but a few oyster beds survived and in 1893 that Mikimoto found his first cultured Akoya pearl. Akoya Oysters are the smallest pearl-producing oyster in the world and consistently produce near perfect round pearls.

Pearls at the V&A

In 2014 the V&A presented a wonderful exhibition on pearls, having gone twice it was truly beautifully done, so to show a flavor of this I have linked to the video they created to explain the history. If you have 7 minutes to spare a worthy watch.

Now that you are brimming with Pearl knowledge, here are a few designs I have been working on using 12mm fresh water pearls, these have a very nice lustre, and can be worn for any occasion. I will be introducing many more pearl designs for earrings and rings, so watch this space. 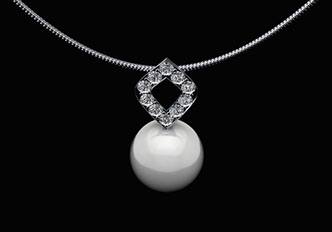 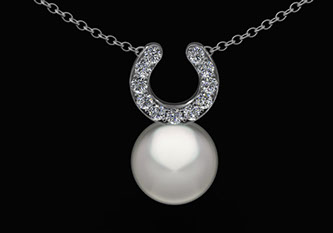 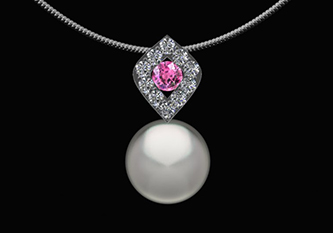 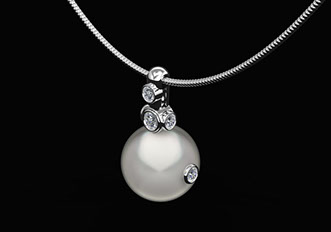 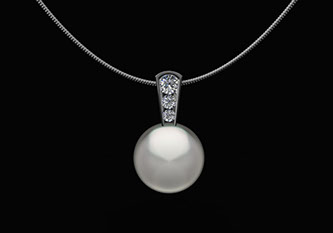 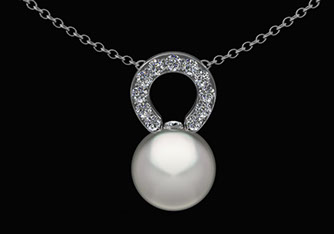